I was flying to Los Angeles to do a speaking engagement the day before yesterday. On the plane I was reading the April 2010 issue of Tennis Magazine. On page 51 there was an article by Roy Barth about your ready position at the net when playing against people that really hit the ball hard. 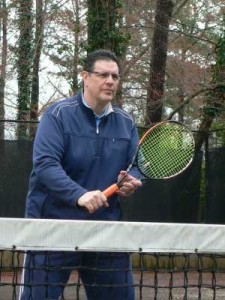 I think this is probably a good idea. I’ve never been any kind of quick twinkle toes at the net and for more than half the balls that come to me at the net this idea would probably save me time and give me a better chance of getting a racket on hard hit balls coming right at me.

What I question is one statement he made in the article. Here it is:

“I’ve found that holding the racket this way doesn’t slow you down on forehand volleys.” I haven’t tried this, but I just can’t imagine this to be true. 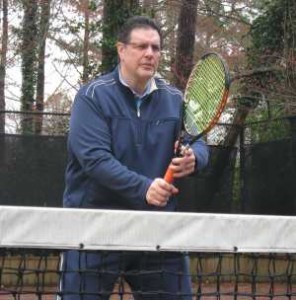