“Finally! An Instructional Tennis Video for The Overweight and Hopelessly Out of Shape.

Learn the Killer Secrets to Beating The Pants Off of Competitors Younger, Faster and Lighter Than You…

…and these techniques will work for anyone!” 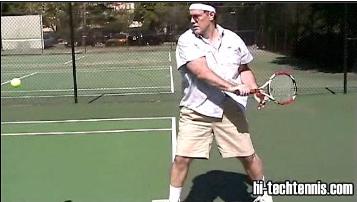 Hi. I’m Tom Antion, the largest person ever to produce and star in a tennis how to video. When I started to record this video I weighed in at 346 pounds.  I’m not proud of that, but it is what it is and even at that weight I still want to play tennis and I want to win.

When I finished shooting the video several months later I was 322 pounds so I lost a little weight which proves tennis is good for you. And at the time you are reading this I’m down to 310 pounds.

I can assure you I’m bigger than virtually all of you reading this letter so you should have an easier time using these techniques than I do.

“If you think you should give up on tennis because
you can’t win any more, then think again. Tom Antion
has come up with an instructional video that will keep
you playing and winning even if you aren’t in the
greatest shape.”
Darryl Cummings, Director of Tennis, Old Dominion University

I’ll tell you right up front. I’m not any kind of tennis professional, I never won any major or even minor tournaments and I can assure you that if I showed up to watch the US open, no one is going to chase me around for my autograph. I’m just a guy who can beat people better, lighter, younger and faster than me because of what I’m going to show you on this video.

Does it mean I can beat someone way better than me?  NO, but it does mean I will win more matches overall and I’ll be a much tougher opponent against anyone I play.

Let me cut straight to the bottom line here.

When playing tennis your job is to make your out of shape opponents suck air before you do and for you to beat people that are beating you now. I’ll also swear to you that if you do the things you learn from this video, you’ll start CRUSHING people who are holding their own with you right now and you will start BEATING people younger than you that aren’t out of shape because I’m also going to teach you how to frustrate them by hitting shots they hate. So, no matter what level of play you’re at, I’ve got something for you on this video.

“Tom’s thoughtfulness, intelligence, experience, creativity,
humor and sheer passion for the game really come through
in this DVD that’s crammed with over 3 HOURS of tips that’ll
have your out-of -shape buddies scrambling to get to the water cooler!

Watch a brief excerpt from the video!

This is just one of the hundreds of tips and tricks on this comprehensive video.

FatsoTennis DVDs make great gifts for the tennis nut in your family. Even if you fancy yourself as a great player, there are tricks and tips on this video to make you even better.

You’ll also get 8 tactics sessions including:

This video leaves nothing out. Check out more of what you’ll get:

There are hundreds of tennis “how to” videos out there. Why is this one so different?

None of the other videos on the market are designed for the older part time player, or the player who has gotten way out of shape and pretty much given up on the idea they can compete.

Let’s be realistic…you’re probably not in the shape of a professional athlete. Most people aren’t. But you love tennis . . . you want to be the best at it that you can be, and you want to win.

Also, I doubt that you are playing against Roger Federer, Jimmy Connors, John McEnroe or Bjorn Borg. You’re probably playing against middle aged or older, out of shape, and untrained people that you could easily defeat if you just knew a little more about tactics.

Once in a while you may hit with some teenagers who run like deer and hit hard with heavy topspin. This video will teach you how to frustrate them to the point where they may just walk off the court because they are too inexperienced to know how an old, overweight, slow person is beating them…..This is really lots of fun to see hahahaha. Let’s take a look at another excerpt that tells you how to play against younger players.

This video is for anyone that wants to be a better tennis player, whether you’re short, fat, in or out of shape. These are time tested techniques that will change your game and keep you at the top of it!

And if that wasn’t enough, you’ll learn these additional killer tips:

This two DVD set has over 3 hours and 20 minutes of real world training including tips an tricks never seen before on any tennis video anywhere.

Most tennis DVDs are about 40 minutes long. They only give you a few tips and hardly enough detail to let you actually do what they are suggesting. This video costs the same, and gives you five times the amount of hard core winning tennis training.

This training will improve your game TEN FOLD over how you play now. Your opponent will never know what hit them after the set is over. What is that worth to you?

Hiring a personal coach can cost you $60.00 an hour and up. You can get this unique and quality training for only $39.95

Let this be the year you take your game to the next level. And maybe I’ll see you on the courts. 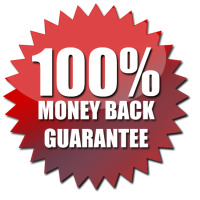 We rarely give guarantees on our products, but since you’ve never heard of us in the tennis world, we want to give you a fabulous no risk guarantee. If for any reason you think my ideas are ridiculous and would’t work for you, simply return the disks in salable condition and we’ll refund your entire purchase price.

Click here to beat people younger, better and faster than you.