Wow! did I get a tennis thrill yesterday. I was in New York speaking and a speaker friend of mine Jane Ubell who just happens to be married to a former top 100 player Rick Meyer arranged a tennis lesson for me. Rick has beaten some of the all time greats like Ilie Nastase and others that I’ll put in this post as soon as I get their names. 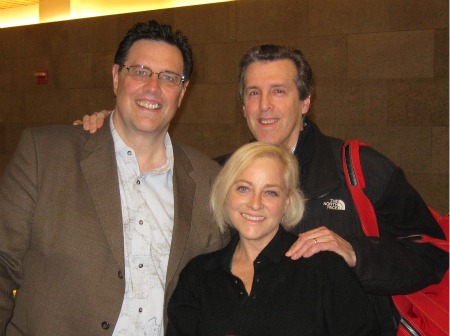 Here’s me, Rick Meyer and his lovely wife Jane Ubell just after Rick gave me a tennis lesson at the City View Tennis Club in New York City

Here’s what Rick told me after working with me for an hour:

Overall this was a thrill of a lifetime to get a lesson from someone who has “been there and done that”.

Oh, by the way. Rick promised to give me a blog posting with a pros viewpoint on the approach shot. Watch for it.